Visit us at either location – Rockville, Maryland or Tysons Corner, McLean, Virginia.

Breast augmentation is one of the most popular cosmetic surgeries in America, due in large part to its proven record of safety and success.

This popular procedure offers many patients having a smaller bust line the chance to enhance their body contours by receiving shapely, full breasts.

When it comes to breast implant replacement – the capsular contracture condition remains the most common reason for breast augmentation revision surgery. To resolve this issue, patients must be aware that it is highly technique dependent, please contact Dr. Yang today.

What Is A Capsular Contracture?

Capsular contracture is the term used to describe a hard firm breasts after breast augmentation surgery. This is caused by thick firm scar tissue that forms around the implant. Capsular contracture is an unpredictable complication. This is the most common complication following breast augmentation. It can form on either one breast or both. It is more common when the periareolar incision is used.

The examination of each breast is classified on the Baker scale of I to IV:

Capsular contracture usually develops slowly after breast augmentation surgery. After the breast implants are placed, sometimes the body recognizes them as a foreign object. As a type of defensive response, the body forms a pocket of tissue around the implant. In normal circumstances the capsule of tissue is thin, and still leaves room for the implant to move.

Capsular Contracture is an internal condition causing symptoms that are usually immediately noticeable. The most common symptoms of capsular contracture include:

What Treatment Methods Are Available For Capsular Contracture?

1. Zafirlukast (Accolate)
Zafirlukast (brand name: Accolate) taken twice a day for 90 days has been shown to result in a softening of the scar tissue around the implants in approximately 50% of cases. This medication is normally used to treat asthma, but is helpful in reducing the degree of capsule scar hardness. Risks: Allergic rashes.

2. Capsulectomy (complete removal of the scar capsule)
For those patients without significant softening during a trial of Accolate, the only other effective alternative is to completely remove the scar tissue surrounding the implant. Although this does not eliminate the possibility of future scar tissue forming around the implant, it does reduce the risk of subsequent capsular contracture when compared to other methods. This is also typically done with an exchange to new implants at the same surgery.

There are 3 Breast Implant Placement Options:

Your Consultation
All consultations are with Dr. Bennett C. Yang. He will discuss your overall health and the safety of having this procedure and answer any questions you may have. Dr. Yang will help to give you a better understanding of what a capsular contracture is, and how breast implant revision can help. Contact us now, to learn more. 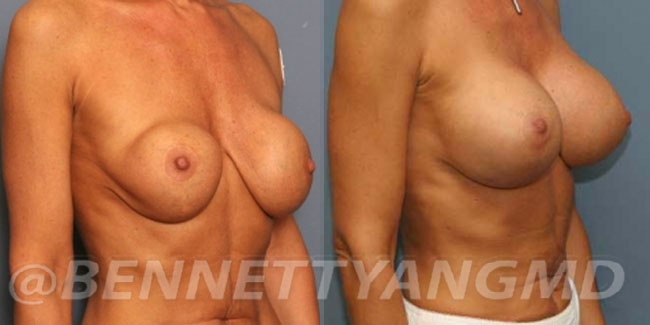 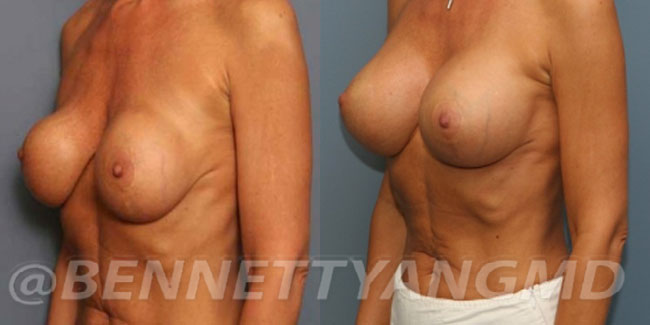 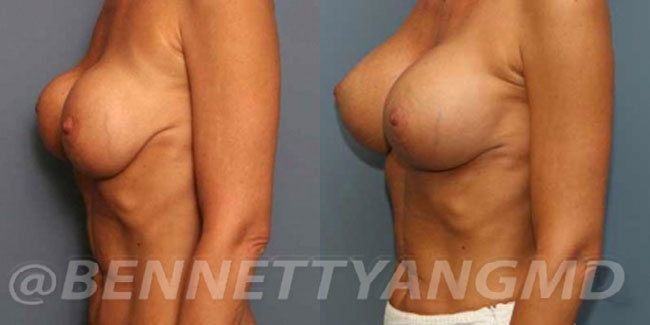 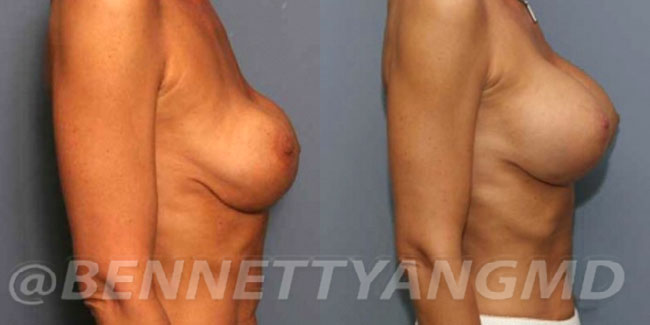 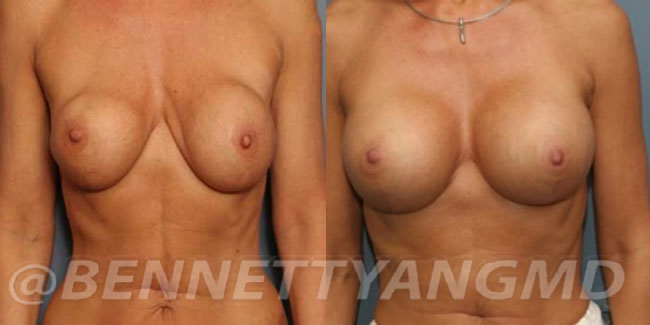 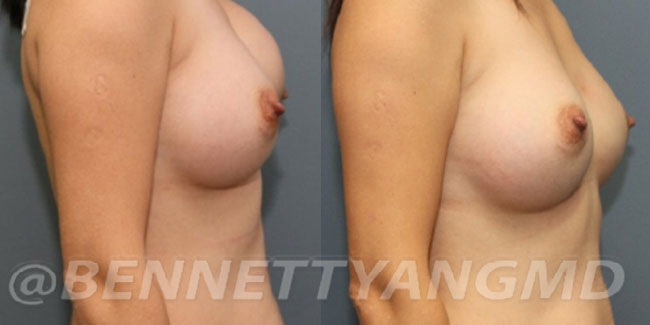 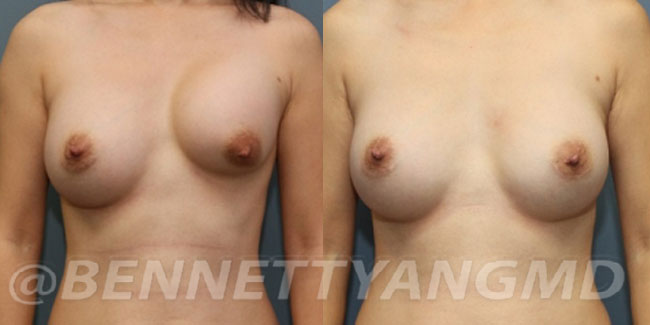 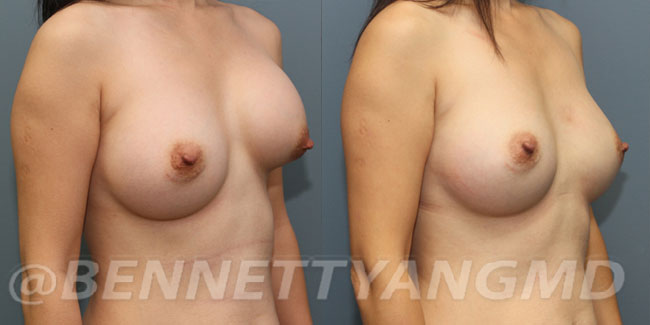 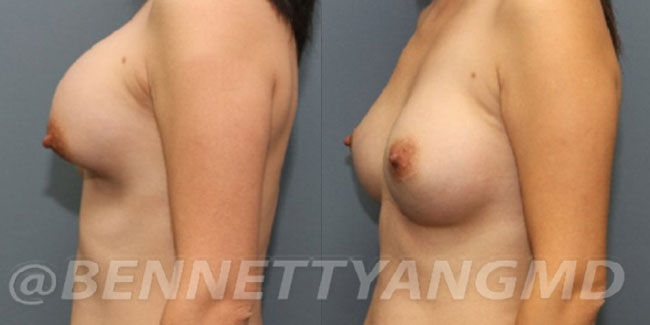 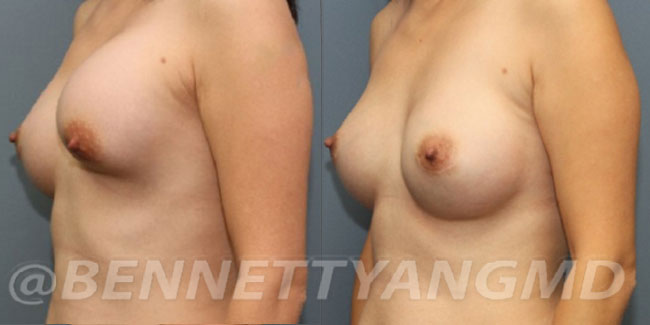 **Please note: some of our patient before and after surgery images may have been altered to remove identifying tattoos and other marks by request of the patient. No other alterations were performed.

In Maryland or Virginia, breast revision is usually not covered by medical insurance. An exception is when the indication for surgery was due to breast reconstruction or back issues due to heaviness of large breasts. Call us for more information.

With over 25 years of breast augmentation surgical experience, Dr. Bennett C. Yang is well known for his expertise and 5 star patient rating.

See his work of the most recent before and after images,  posted daily on his Instagram page @bennettyangmd.

For patients who travel from out of state, text us for virtual consultation to discuss your needs and goals.

Breast Reduction Starting At  $203 Per Month*